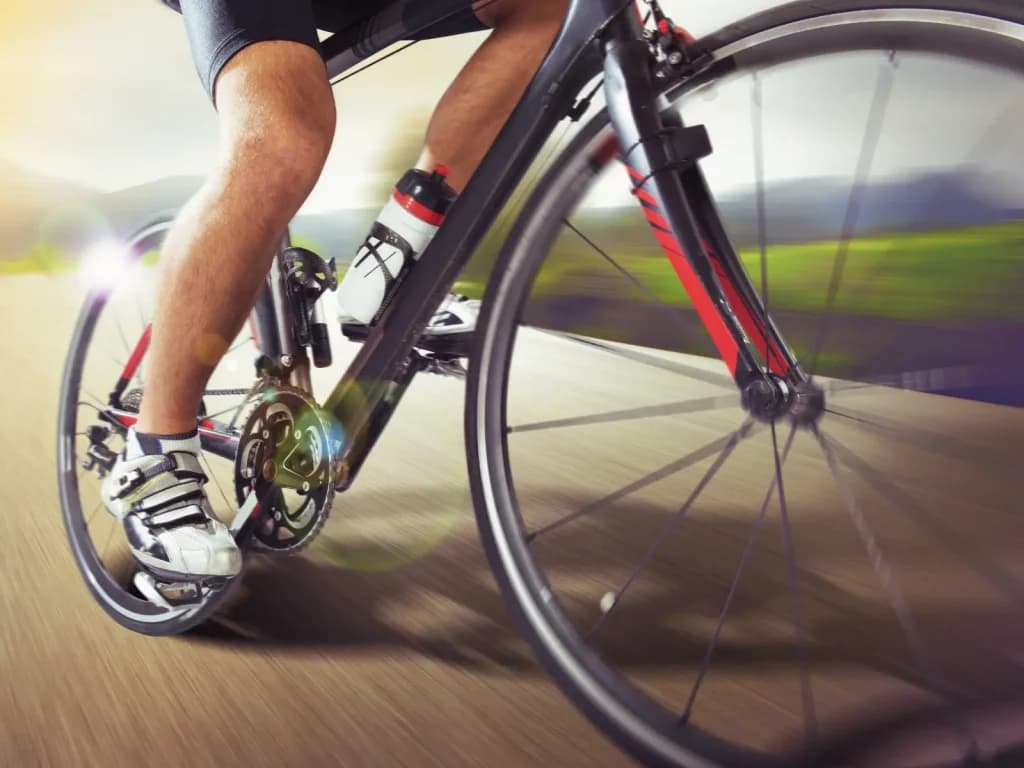 We’ve already managed to establish how fast a hybrid bike goes, and it’s now time to take a look at how fast can a mountain bike go?

On average, the speed of a mountain bike ranges between 10 – 14 mph for beginner cyclists traveling on straight off-road tracks. The speed will go down when the rider has to travel uphill and will increase when they go downhill!

These speed statistics are generally what you can expect from a beginner rider. A pro or semi-pro cyclist will manage between 17 – 22 mph on average. On downhill tracks, pro cyclists are capable of reaching a maximum speed of around 30 mph!

What Factors Contribute to how fast can a Mountain Bike go?

Like all bikes, several different factors contribute to how fast a mountain bike can go. Developing an understanding of these various factors can help cyclists take their riding to the next level. Here’s everything that you need to know!

The very first factor that we’re going to discuss is the terrain. There are two main terrains that mountain bike riders will encounter; paved roads and off-road trails.

On average, a mountain bike can maintain a much higher speed on the road compared to an off-road trail. The average cyclist can manage a speed of around 17 mph on a paved road. While more experienced cyclists tend to reach peak speeds of 30 mph!

When it comes to performance on paved roads, mountain bikes tend to lag behind road bikes and hybrid bikes by a significant margin. The geometry of the bike doesn’t encourage the rider to achieve the maximum speed.

Even though mountain bikes are specifically designed for off-road riding, an average cyclist can expect to maintain an average speed between 10 – 14 mph! While the best cyclists can maintain peak speeds of around 23 – 25 mph.

There’s a significant discrepancy between the average speed on paved roads and off-road trails because the latter is generally more difficult!

When you’re riding off-road, there are several different challenges that you’ll have to encounter. That includes muddy terrain that can be slippery, sharp turns, and other potential obstacles.

These challenges combine to cause mountain bike riders to have a lower average speed when traveling on off-road trails.

Mountain bikes tend to be heavier than hybrid and road bikes. The additional weight contributes towards them having the slowest acceleration out of all bike types. While the weight of a bike doesn’t have an impact on the top speed, it certainly impacts the acceleration.

That makes it simple to understand. If you want faster acceleration, then you’re better off choosing a lightweight mountain bike.

The weight of the mountain bike may not have a significant impact on the top speed while you’re riding on flat terrain. However, it does start making a difference when you’re riding uphill.

As the weight of the bike increases, the longer it’s going to take to accelerate and the slower it’s going to be on off-road terrains. Lightweight bikes will be faster, and cyclists looking to maintain a higher average speed should watch the weight when buying a cycle.

Skill of the Rider

When you talk about a mountain bike, the rider’s skill level directly relates to how fast the bike will go! A study conducted by the University of Zurich looks at the correlation between training volume and race performance in a Swiss mountain bike marathon.

So essentially, it’s a matter of skill and training. Cyclists that dedicate themselves more towards the sport and have been riding for longer will maintain higher average speeds compared to those just starting out.

Physique of the Rider

While it might be very marginal, the physique of a rider also plays a significant role in how fast can a mountain bike go!

Generally, the most elite cyclists in the world range between a height of 1.79m and a weight of 68kg! However, it’s also important to consider where the elite cyclists predominantly compete.

Instead of sprints, most elite cyclists participate in endurance competitions where a smaller build and low weight come in handy. When it comes to sprinting, the elite cyclists tend to be around 1.84m tall!

Even though it has a slight impact, it only becomes worth consideration when you’re looking at elite cyclists. For regular everyday cyclists, the physique of the rider has a very negligible impact!

While dealing with lower durability is easier when you’re looking to see how fast a mountain bike can go on the road, it matters a lot more when dealing with off-road tracks.

These are the main factors that contribute to how fast a mountain bike can go! By identifying these factors and making the necessary changes, cyclists can effectively make their mountain bikes faster.

Why are Mountain Bikes slower than Other Types of Bikes?

Mountain bikes are incredibly popular. However, they lag behind both road bikes and hybrid bikes when it comes to speed. That leads to cyclists questioning what’s causing the mountain bikes to be slower than other types of bikes.

Well, there are four main factors that cause mountain bikes to be slower than the other bikes on the market.

In comparison to other types of bikes on the market, mountain bikes are significantly heavier. They’re dealing with the additional weight because of the bulkier frame and the need for greater stability.

While the additional weight definitely contributes a little to the top speed, it’s more concerned with acceleration. There are other factors that contribute more towards why mountain bikes tend to be slower than other types of bikes.

A major reason behind why mountain bikes aren’t capable of reaching the same top speed as road and hybrid bikes are aerodynamics. Every object that moves encounters a level of air resistance.

Air resistance mostly depends on the shape and size of the object. The geometry of mountain bikes encourages you to maintain an upright seating position. Mountain bikes feature wide handlebars that are positioned above the seat.

Consequently, the geometry will lead to the cyclist creating a large frontal area that’s a magnet for air resistance.

Road bikes, in particular, excel at encouraging the rider to maintain a more aerodynamic sitting position. The lower handlebar position and higher seat leads to the cyclist leaning forward.

Just by changing the positioning, you can move at a significantly higher speed because that’s how much of a difference aerodynamics can make!

While you may not worry about the lack of durability when you’re riding on the road, it can be worrying when you’re dealing with a flat tire on an off-road trail!

Lastly, one of the main reasons behind why mountain bikes can’t match up to a hybrid bike or a road bike in terms of speed is the suspension. Mountain bikes tend to feature a much softer suspension which is capable of absorbing impact.

When you’re riding off-road, you’ll encounter a variety of different obstacles and the suspensions play a big role in ensuring the ride doesn’t get too bumpy.

However, when the softer suspension is performing on the road, the bike doesn’t feel as sharp and won’t feel agile. It actually feels like it’s lumbering on the road.

Hybrid bike and road bikes that are looking to achieve high speeds on paved roads tend to feature rigid suspensions. While these suspensions will kill your back on an off-road trail, they’re perfect for zipping through on pavements!

If you’re trying to understand how fast a mountain bike can go, it’s important to take a look at all the factors that contribute to the average top speed.

While ultimately beginner cyclists can look to manage between 12-17 mph on standard trails, pro mountain bikers can manage 20-25 mph.

With enough practice, any beginner cyclist can work hard and reach the level of semi-pro/pro mountain bikers. A few tweaks to the mountain bike can help increase the speed even further.

However, it’s important to understand that speed isn’t everything. If you’re looking to compete in a racing event, then the need for speed is understandable. However, if you just want a mountain bike you can use for casual trail riding, there’s no need to make any changes. 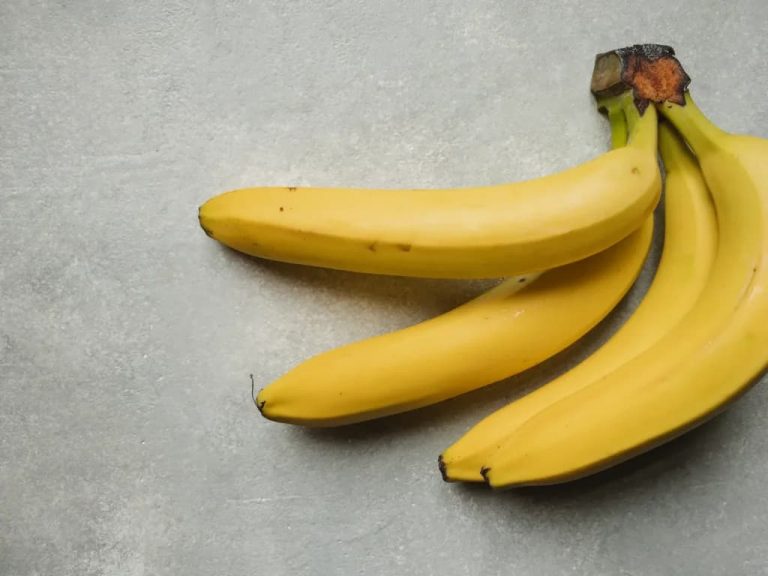 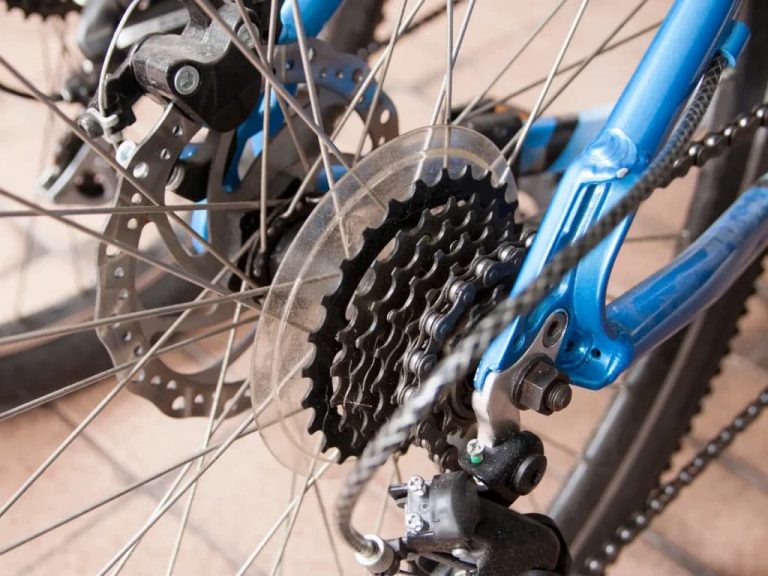 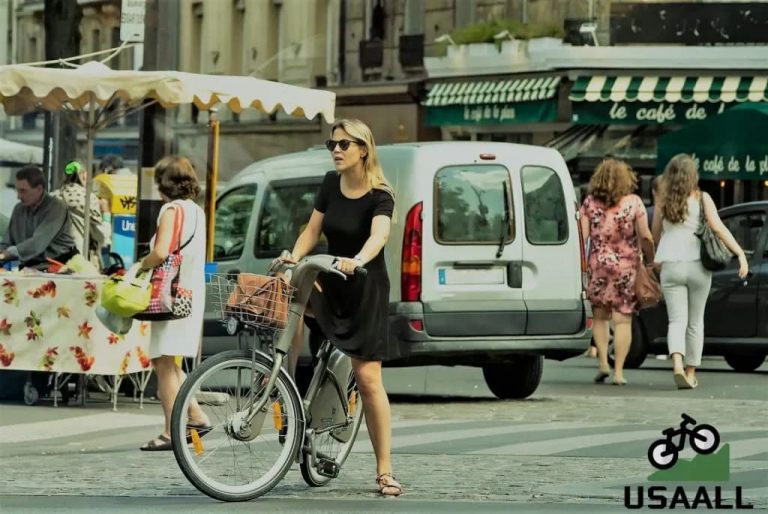 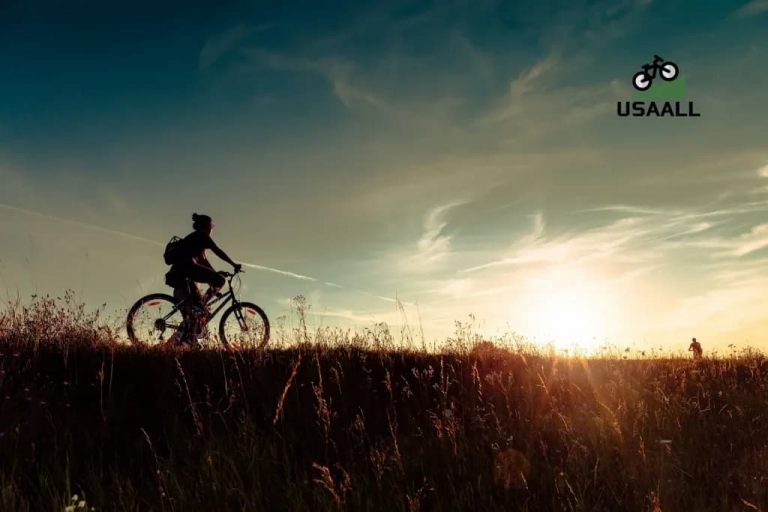