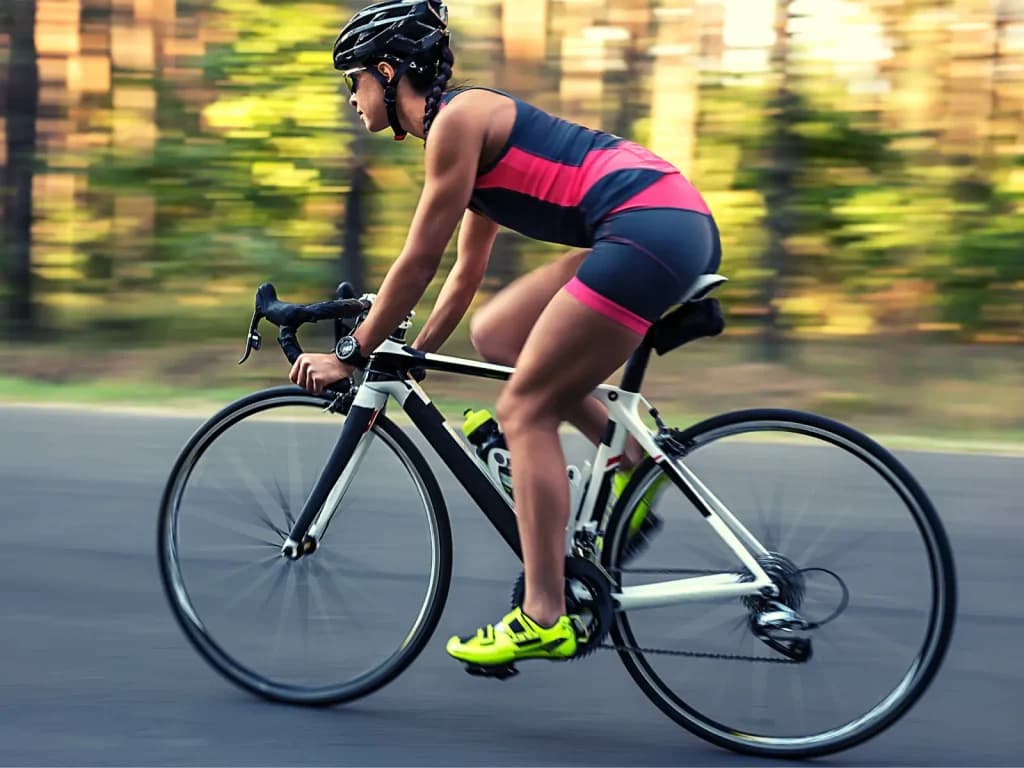 If you’re serious about competing in a triathlon, you must be at the point where you’re considering getting a triathlon bike. Triathlon bikes or tri bikes are specifically designed to help cyclists get through the grueling races as quickly as possible.

One of the most common questions people ask before committing to a purchase is, are tri bikes comfortable?

The short answer is that, no, triathlon bikes aren’t designed to keep comfort as a priority. For most tri bikes, the main goal is speed and endurance. Their geometry is another reason behind why tri bikes tend to be uncomfortable. Keep reading to find out more about what makes tri-bikes uncomfortable!

Tri bikes are many things, but being comfortable, unfortunately, isn’t one of them. Given their propensity for competition, tri bikes focus on several different aspects to improve performance.

Unfortunately, all of these improvements tend to come at the sacrifice of comfort. Here are the main reasons why tri bikes aren’t comfortable.

One of the main reasons why a triathlon bike isn’t comfortable is because the geometry is that much more different than other standard bikes. The geometry of a tri bike is all about aerodynamics.

The increase in aerodynamics comes at the cost of comfort. Generally, the seat tube of a tri bike is much steeper compared to other bikes. It’s almost perpendicular to the ground.

Aside from the seat tube, the head tube length of the bike is shorter. Consequently, the aero bars are significantly lower than other bikes.

These two changes combine to ensure that cyclists can ride their triathlon bikes in the most aerodynamic position possible. However, riding a tri bike can become very uncomfortable due to the low posture that cyclists have to maintain.

Due to the changes in geometry, the saddle positioning of a triathlon bike is also more uncomfortable. That’s why wearing the correct gear or investing in a more comfortable saddle is essential.

To ensure that they can reach the highest speed possible, tri bikes are designed to be super lightweight. Their lightweight nature ensures that cyclists can accelerate quickly and reach their top speed without trouble.

They also tend to struggle to deal with any obstacles or bumps on the path because of their lack of suspension. A suspension can capably absorb any bumps the cyclist might encounter.

It’s much easier for a cyclist to switch from a mountain bike to a road bike or a hybrid. Generally, most bikes tend to feel pretty similar to one another, and there are only minor differences.

However, BMX bikes are the most different and require a completely different sitting position from most other types of bikes. The muscles that you primarily engage while riding a tri bike are also different.

Due to this unfamiliarity, it can take a long time for a cyclist to get comfortable with their tri bike. The lack of familiarity combines the issue by making the BMX bike feel more uncomfortable. However, once you manage to get the hang of the unfamiliar geometry, it’ll improve the overall comfort.

Hopefully, now you have a better understanding of whether tri bikes are comfortable or not. That’ll help make it much clearer to you whether you should go for a tri bike or not!

However, aside from asking are tri bikes comfortable, there are a few other essential questions that those new to these bikes should ask. Here’s some of the necessary additional information.

Are triathlon bikes good for long-distance?

While there are certain features of tri bikes that make them suitable for long-distance riding, there are also features that’ll hold them back.

The design of tri bikes is such that they allow cyclists to get a lot more output from their pedaling than they would with a standard bike.

Thanks to their aerodynamic design, triathlon bikes have a much easier time cutting through the air than other standard bikes. That makes triathlon bikes decent for people that enjoy doing solo long-distance rides.

Cyclists can also rest their elbows on the handlebars when they start to tire.

Both the sitting position and the saddle angle will ensure that you start feeling uncomfortable after 20 minutes of riding. If you aren’t familiar with triathlon bikes, you might get uncomfortable even sooner.

Even though there are certain features that help triathlon bikes excel at long-distance cycling, the lack of comfort holds them back significantly. You’re more likely to manage a longer distance on a comfortable bike in comparison to a faster one!

Thanks to their lightweight nature and aerodynamic geometry, triathlon bikes are some of the fastest on the market.

Their unique frame design allows cyclists to produce more energy from the same output level as other bikes. The greater pedaling efficiency makes triathlon bikes faster than most other bikes on the market.

While they’re fast, if the course isn’t completely flat or straight, a triathlon bike won’t display effective performance. On a hilly course, a road bike or a cyclocross bike might be able to offer better performance.

Why are triathlon bikes different?

Triathlon bikes are a type of road bike, but they’re significantly different from any other bike on the market.

The dedicated focus on being aerodynamic is what makes the design of triathlon bikes stand aside from other bikes. You’ll be able to maintain a much lower riding position than professional road bikes. The lower the riding position, the more aerodynamic your bike becomes!

Aside from that, triathlon bikes also feature an unusual saddle position. Due to how the rider needs to position themselves on a BMX, the saddle is more angular than what you’d expect on a standard bike.

It can definitely take some time for a cyclist to become familiar with all the changes in a triathlon bike!

When should you buy a triathlon bike?

Now that you have a basic understanding of what to expect from a triathlon bike let’s assess when it’s the prime time for cyclists to buy.

You should only look towards buying a triathlon bike when you’re looking to compete as a triathlete seriously. Even for beginners just looking to participate in a triathlon, a road bike will be a better, more comfortable option.

However, for individuals looking to take their triathlon performance to the next level, there’s no other option but a tri bike.

Aside from better triathlon performance, there’s no significant advantage that a tri bike will provide. If you’re just looking to ride casually on the road, something like a road or hybrid bike will be a better option.

Additionally, if you enjoy riding on hills, you’re not going to have a good time on a triathlon bike. They generally don’t feature a gear system and are designed to achieve the highest possible speed on flat surfaces.

Triathlons are incredibly demanding, and every triathlete will tell you about the importance of picking the right bike. While triathlon bikes might be a decent option for triathletes, they aren’t going to provide you with the most comfortable ride.

The frame of a triathlon bike sacrifices comfort for more dynamics. Consequently, triathletes will get significantly better performance on their bikes. However, the uncomfortable nature means that it’s unlikely that a tri bike will find use outside of competition and training.

For riders that are looking for a fast and comfortable option for long-distance riding, a road or touring bike might be the best way to proceed. 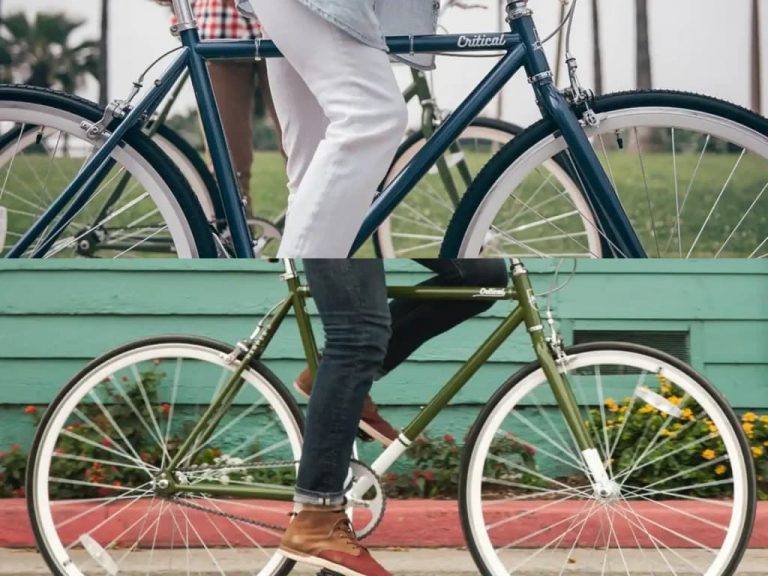 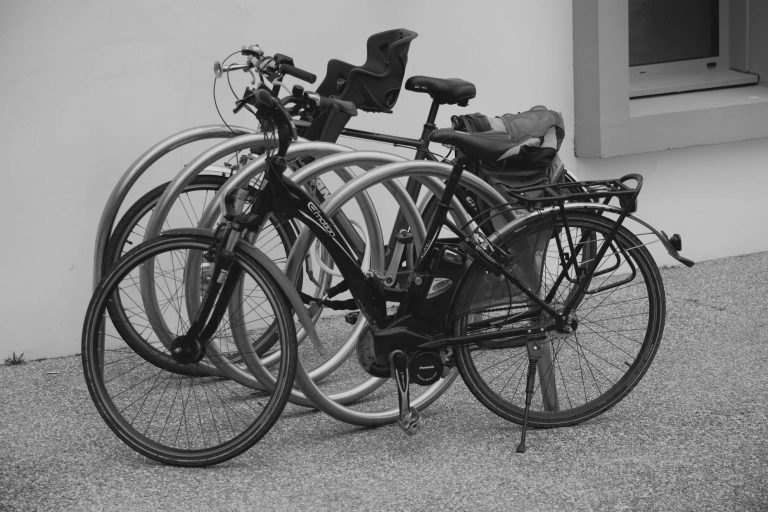 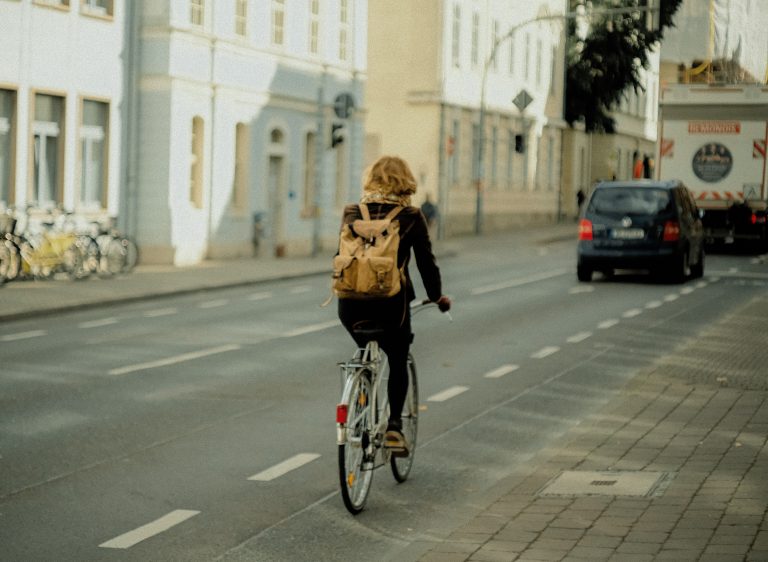 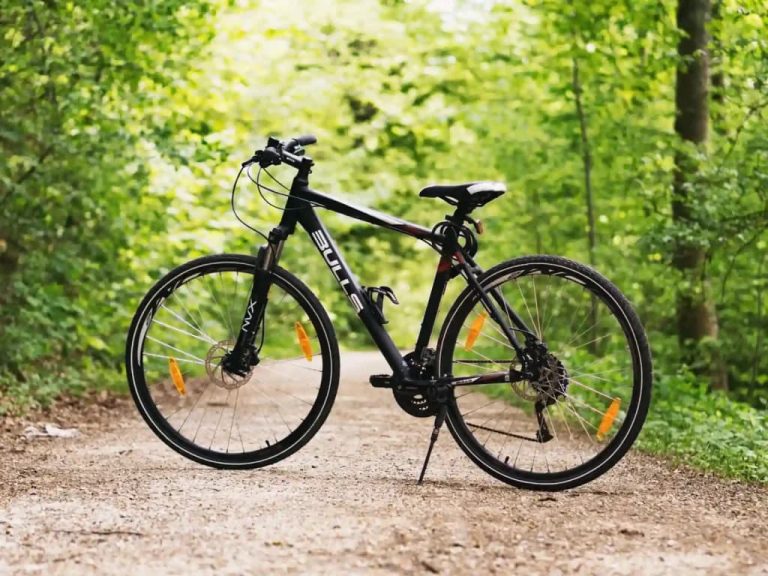 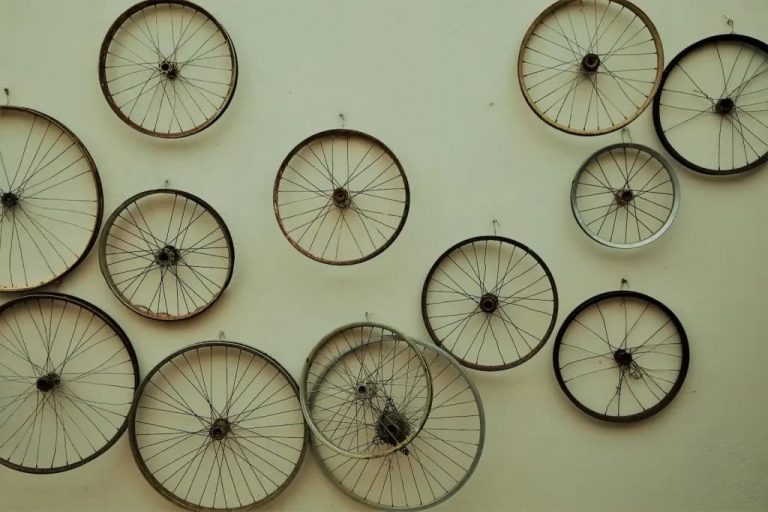